Just because I'm not in the band doesn't mean I can't hang out backstage.

What’s all the fuss?

The CFTC has just released two new reports looking at volume in various commodity futures and confirming what most have already known, namely that under 10% of daily futures volume in the most popular products comes from Large Trader position changes. The balance or well over 90% in most cases, originates from “daytrading” accounts, or said simply, speculators dominate price formation on the margin for the bulk of products, which also means that longer-term equilibrium levels, those determined by supply and demand, are largely washed out when all the daytrading, and thus short-term pricing, mania is factored in. This also explains why moves such as the recent desperate SPR release by the IEA are generally doomed to failure. The CFTC’s Gary Gensler said that “The data shows that, in many cases, less than 20 percent of average daily trading volume results in traders changing their net long or net short all-futures- combined positions. The balance of trading is due to day trading or trading in calendar spreads.“

To be clear, I am not saying that HFT is all that and a slice of bread, but I’m always disappointed at the breathless reporting of statistics such as these with absolutely no context attached, much less the mis-matched nature of the numbers being compared (weekly position changes vs. daily volume without accounting for spreads.) Yet it is exactly these sorts of breathlessly reported numbers that will be cited, repeated ad nauseum, further undermining the public’s faith in the commodity markets, and (most importantly to me) mean that I’ll spend the next 10 years explaining to farmers why these numbers can’t be used to justify beliefs that the markets are all rigged or unrelated to the physical markets.

Back in the chair… 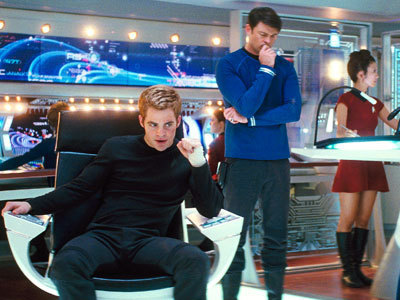 In the last 11 months, of which eight have been at the CFTC, one in Colombia, and the month of June spent travelling around the country, I’ve accumulated:

And after all that…I’m back and ready to go. So I guess this marks the official second post of the new blog!

In penance for the sushi & Pom I had for lunch on Friday (Thanks Brian!) at the Whole Foods on Lane, the red-state side of my brain demands that I post this:

Theme by Anders Noren — Up ↑